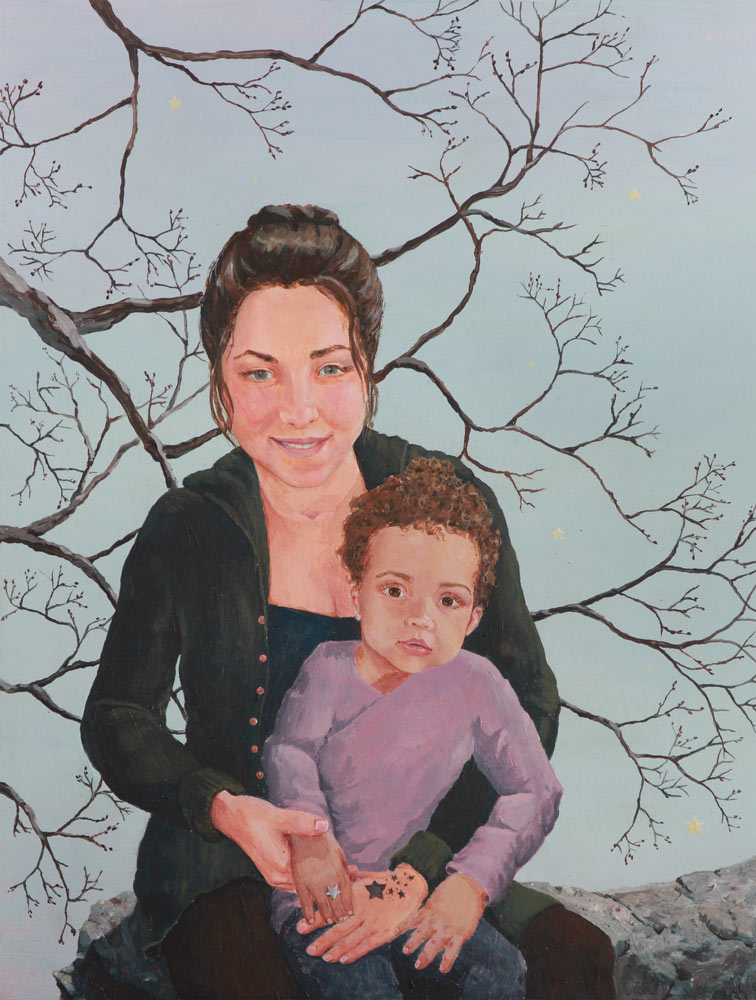 This portrait of a lovely mother and daughter was worked from a small photograph of two people I had never met.  Because of the mother’s star tattoo, I decided to make stars a quiet theme in the piece. I gave the little girl a silver star ring and invented a background sky of early twilight with yellow five pointed stars.  I now wonder if I should have added stars carved into the stone on which they are seated…but perhaps that would have been overkill!  Perhaps not…maybe next time.